Call a thing immoral or ugly, soul-destroying or a degradation of man, a peril to the peace of the world or to the wellbeing of future generations; as long as you have not shown it to be “uneconomic” you have not really questioned its right to exist, grow, and prosper.
—E. F. Schumacher (1973)

Most Canadians know something is wrong with the economic system that we have, but are unsure what would replace it. An increasing number are calling for an end to capitalism, but the majority are not comfortable with the largely undefined alternatives. We need to become clear about what we want. Market economies are the best way to efficiently allocate goods and services. History has made it abundantly clear that planning every detail of every transaction between people is inefficient and does not serve people well. But capitalism is a work in progress, and there have been many types of capitalism over time and in different places, some of which work better than others. The capitalism which we practice in Canada has come to have a number of characteristics which make it unsustainable and ineffective for the majority of people.

The first characteristic is that it concentrates wealth. The second is that although capitalism is always hailed as being remarkably efficient, it is clearly not so when you take a broader view. Externalities are costs which are not included in prices, and they are everywhere in our economy. To claim that the most efficient company will outcompete others by producing the same product at the lowest price is absurd when they only do so by creating more pollution, using up non-renewable resources, paying workers less, and posing a health hazard to workers and the community. The third major problem is that the only metric that economics considers when defining progress is the continued increase in aggregate demand. A couple of hundred years ago when societies couldn’t produce enough to feed and clothe their own people this may have been the best measure of progress. In the 21st Century when it is quite clear that the production of enough goods is not an issue, measuring ever increasing output whether good, bad or however unequally distributed, and calling it progress is ridiculous.

Those who wish to see an end to capitalism need to give some serious thought to what that would mean and what system would replace it. After thoughtful consideration I think most would conclude that some type of market economy is desirable, and that some method of raising capital is necessary. Those who do not wish to see an end to capitalism but know that something is wrong with our current system, must come to realize that the choice between capitalism or not is a false choice. They need to start demanding a capitalism that is sustainable and works for everyone. Canadians must demand a market economy that includes externalities in the costs of those who produce them, distributes wealth fairly, and that measures its success by the quality of life that we have. “The economy” is not a hungry god that needs to be fed with ever more growth. It is simply a system we devise to effectively use and distribute our available resources. We must stop letting the economy just happen to us, and instead begin the conversation about the type of economic system that we want.

In our current economic system, the price we pay for something does not usually reflect the full costs of producing it. If you purchase a product which pollutes the air, the cost of polluting the air is not in the purchase price. Instead these costs are paid by someone else. They are paid by fishermen and maple syrup producers who are downwind, and by the tourism industry when people don’t want to visit a smog filled city. All tax payers pay when an asthmatic child or vulnerable senior is taken to the hospital. And anyone or anything that breathes the air certainly pays a price, but currently, whether people are sick or healthy has no relevance whatsoever to the market. 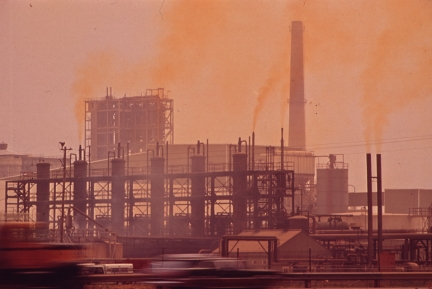 Corporations must be made to pay the true cost of producing their products, and not be able to pass on these costs for society to pay. First and foremost, the absurd subsidies to the oil and gas industry which make huge profits and impose huge costs on Canadians must be stopped, and instead carbon must be taxed to cover the costs that are paid by society. But it is not just an issue about oil companies. Almost everything we buy has costs paid by someone else. Something as simple as over packaging creates pollution when it is produced, and is paid for in our taxes when it goes to the landfill.

Externalities have a cost that must be paid. The only question is who will pay. Currently it is Canadian citizens who pay. Why should we as citizens put up with this?

Capitalism, as an economic system, is effective because it allows the millions of decisions made in the marketplace each day to cumulatively select the most efficient producers so that prices are lowered and efficiency is high (with some caveats such as externalities). However, this process also necessarily concentrates wealth. If we wish to keep the efficiencies associated with a market economy, then we must also collectively redistribute the wealth that is created. The economic system we choose to live under must benefit everyone, not just a few. For many years it did, but a systematic dismantling of the redistributive role of governments over the last thirty years has changed that. 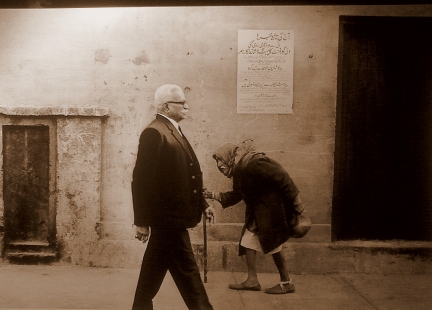 Since the 1980’s, Canada has seen its productivity increase and its economy grow substantially. Most Canadians however, have not seen any benefit from this. The middle class has had stagnant wages, and the poorest 20% of Canadians are poorer than they were in 1980. The richest Canadians however have done extremely well. Incomes are as concentrated in the hands of the richest 1% today as they were in the 1920s, and corporate profits have skyrocketed as wages have stagnated. It doesn’t have to be this way. From shortly after WWII until the early 1970s the top personal income tax rate was over 80%, instead of today’s 40%. Corporate tax rates in Canada have also declined sharply. Again, in the period just after WWII to the 1970s the corporate tax rate was over 50%, whereas now corporate tax rates are below 25% (15% for corporations claiming the small business deduction). Higher taxes on those who were accumulating wealth helped to distribute money more equally so that Canadians had money to spend. As a result we had the most sustained and stable economic growth in our history. But unlike the last thirty years, this growth actually resulted in higher living standards for all Canadians.

In order for us to gain the benefits of the efficiency of markets, our economic system must necessarily concentrate wealth. Efficient markets are vital to our prosperity, but we have created this system and the benefits from it can not only go to the few. The system must also include mechanisms to redistribute the wealth that it creates. We need to bring back the progressive tax system we once had, and impose new taxes on speculative financial transactions, as well as reintroducing an inheritance tax on large estates. At the same time our government must spend the tax money they collect on robust social programs that ensure all Canadians can lead decent lives. Most of all we must demand that the redistribution of wealth should be a fundamental role of our governments.

A Different Measure of Success 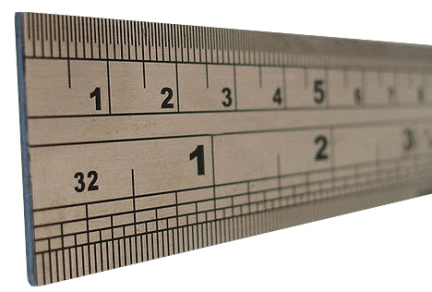 How do we determine if our standard of living is improving? Many economists, as well as most governments use Gross Domestic Product (GDP). GDP is the market value of all final goods and services produced within a country. An increase in GDP is equated to an increase in the standard of living, and as a consequence almost any policy which increases GDP is adopted. The problem is that GDP is a terrible measure of living standards. For starters, GDP makes no distinction between good economic activity and bad. War is great for GDP. Buying guns, planes and tanks and having them blown up so that we can build more boosts production like nothing else. Inefficiency is also rewarded, cleaning up effluent or oil spills rather than preventing them is better for GDP, as is making an appliance that needs to be replaced every year rather than every twenty years. As well, anything unpaid has no value. Staying home to raise your kids has zero value, but paying for daycare increases GDP. Paying a lot for daycare is better. This is clearly not a true measure of our standard of living. There are alternatives. Genuine Progress Indicators measure whether a country's economic activity has actually resulted in an improvement in living standards. As a country we need to base our decisions on what really improves the lives of Canadians and not on how much money is spent. We need to force our governments to track and include Genuine Progress Indicators in their budget statements.